Abstract. The paper deals with a new approach to the clustering of world economies with respect of their inclusion to global value networks. The goal of the paper is to study micro-aspects of global economic integration and to question on whether GVCs foster mega-regionalization. World bank enterprises survey data covering 2005-2017 on specific indicators describing reporting countries’ enterprises openness to global economy and OECD-EORA GVC-related indicators were used for research purposes. Methodologically paper is split into several parts: first part is devoted to the analysis of the evolution of country’s involvement into global economy from micro-aspects; the second part represents the first attempt to group countries with respect to openness to trade as a key in PTAs signing; the third part represents clustering of economies for 2011 and 2017 separately as well as analyses how similar they are in their respective progress in chosen indicators between these two time-periods. It was found that the higher the use of foreign inputs by firms- the more frequent is the reporting on customs and trade procedures, as well as access to finance, being the main obstacles, supporting the fact that countries try to set up international partnerships and enter foreign markets via starting local production. Using Kendall rang correlation as a base for cluster analysis and performing clustering on the base of growth terms of indicators chosen, it was shown that regional character of clustering persists (pool of Latin American countries, African countries, CEE, Asia countries are clearly observed) with minor exclusions, and non-trivial links between regions are in place.
It could be concluded that there is a high possibility of empirically tested relation between micro-motivation behind global value chains functioning and neo-regionalism in the form of mega-regions set-up 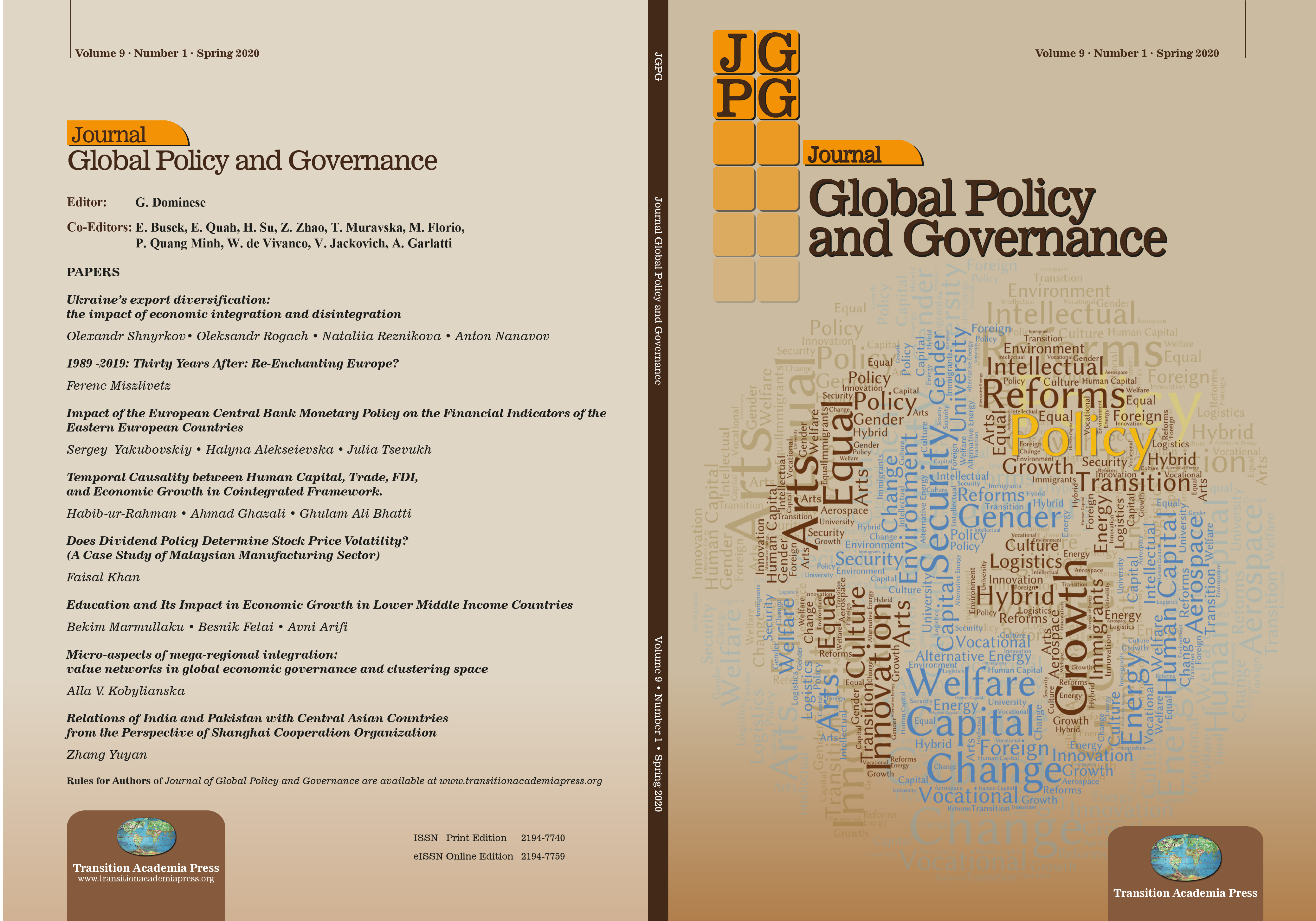