Giorgio Dominese is the founder of CEEUN-Central Eastern European University Network and President of Transition Studies Research Network, being also Editor of Transition Studies Review and of the Journal of Global Policy and Governance, all of them published by Transition Academia Press.
After lecturing at Ca’ Foscari Venice University (1973-1975), he was Professor of Transitions Economics at Udine University from 2002 to 2008. On 2007 he start lecturing at the Course of European Economy and Financial Governance in full English at Rome Tor Vergata University until 2012. He was for twenty-six years professor at Roma LUISS University as Chair of Economic and Policy of Transitions, then International Relations and from 2011 to 2014 was Chair of Geopolitics at the Master of Science in International Relations.
Professor Dominese has been visiting professor in Beijing at the CFAU-China Foreign Affairs University in the second semester 2012 and lecturing from 2012 to 2014 at UIBE University Beijing. He has been delivering lectures at Renmin University of China, CIIS and Tianjin University. Visiting professor at the Vietnam National University, both in Hanoi and Ho Chi Minh City in 2012 and 2013.
He had been visiting professor at Fudan University in Shanghai, at the School of International Relations, from 2008 to 2010 and lecturing at the School of International Management in 2006-2007.
He had been lecturing as well at Beijing University, at the Viet Nam National University, visiting professor at Bahia Blanca University, Argentina and at the Astana ENU-Eurasian National University in Kazakhstan, lecturing as well at George Washington University USA, EMUNI University Slovenia, MGIMO, HSE and Academy of Science-European Institute in Moscow, Latvia University Riga. Visiting lecturer at National Vietnam University, at the Singapore Economic Review conferences in cooperation with Nanyang Technological University on 2013, 2015 and this year on July-August 2019. He was presenting a main paper and seminar on Law, Economics and Growth at Chulalongkorn University Bangkok in 2015.
In 2009 he became full member of the European Academy of Sciences and Arts in Salzburg. From 2007 to 2012 he was professor at the University Tor Vergata Rome at the School of Economics as Chair of the courses in full English in Economics and Finance and from 2011 to 2013 as Delegate of the Rector and Special Coordinator for the Program Rome World University-RWU. He was Program Coordinator of the second YICGG Research Competition “Global Governance: Growth and Innovation 2020”, organized in Rome in August 2008, involving young doctoral, postgraduates and graduate students, as well as Joint-Coordinator of the third edition 2009 of this event at Ilia State University in Tbilisi, Georgia, while he had been in the Judging Commission of YICGG 2013 at Fudan University. Consultant and advisor both for Italian Government and UN system Organizations, as well for multinational companies and banks, he had three years experience in international programs for Development in African and Asian countries. He was Visiting Fellow in U.S. and is Member of the IISS International Institute for Strategic Studies London; AEA-American Economic Association-USA; DGAP-Deutsche Gesellschaft für Auswärtige Politik, Berlin; DOC-Research Centre, Berlin; IPSA-International Political Science Association, Montreal; CeSPI- Centre for Politics and International Studies, Rome; IDM- Institute for the Danube Region and Central Europe, Vienna. He is Member of the Advisory Board at Taras Shevchenko University Kyiv IIR Global Sustainable Development.
Member of the IDM (Institut für den Donauraum und Mitteleuropa) in Vienna and for many years of the Scientific Boards of WiFo (Austrian Institute of Economic Research); he was expert in the follow ups of the Stability Pact for Southeast Europe and still active in several other European and Asian international research Institutions; Consul of Chile (Hon) in Venice, he had been appointed by Special Award and Paul Harris Fellowship by Rotary International for his international programs and activities.
A professional journalist up to now, he was for almost 20 years special envoy for newspapers and magazines, author of investigative journalism, main reports, comments and articles on topics and events. political issues, international relations, strategic studies, economics, finance, society and global governance. In the professional long-lasting experience, he had been advisor and consultant of main Companies and Institutions as Caffaro, SNIA, Zoppas Industries, Banca Intesa San Paolo, Elecxtrolux- Zanussi Grandi Impianti, COGEFAR-FIAT, San Benedetto, as well as Regione del Veneto, Advisor at Minister of Transport and Regione Friuli Venezia-Giulia. 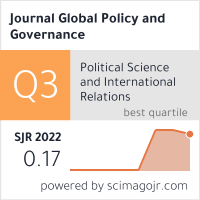 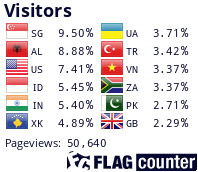